MONTRÉAL, June 21, 2022 /CNW Telbec/ - Cogeco Inc. (TSX: CGO) and Cogeco Communications Inc. (TSX: CCA) are proud to announce that Louis Audet, Chair of the Boards of Directors, has been awarded the title of Officer of the Ordre national du Québec. 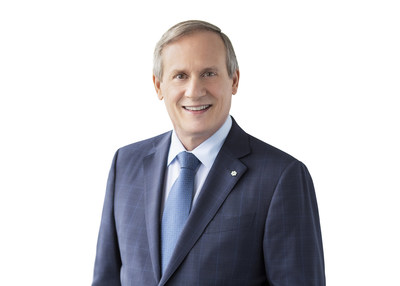 The Ordre national du Québec is the highest distinction awarded by the Government of Québec. It recognizes Quebecers from a wide range of disciplines and backgrounds whose feats and achievements have shaped Québec's growth and reputation.

"Louis Audet led Cogeco as President and Chief Executive Officer for 25 years, during which time the company experienced strong growth, and increased its revenues a hundred-fold. When I joined Cogeco in 2011, I met a man of heart and conviction, with the tremendous ability to convey a clear vision and strong values, leaving no choice but to want to follow him in his desire to make Cogeco a leader in the North American telecommunications and media market. Today, as Cogeco celebrates its 65th anniversary and as Mr. Audet continues his work as Chair of our Boards of Directors, this recognition highlights the work of one of Québec's great builders, who is guided by his determination, business acumen and long-term vision for Cogeco's continued growth," said Philippe Jetté, President and Chief Executive Officer of Cogeco.

"The qualities used to describe Louis Audet are endless and testify to the impact he makes wherever he goes. Mr. Audet's deep commitment to the Québec community is palpable. His vision, ambitions and leadership have enabled him to make Cogeco a growing competitive force in the telecommunications and media sector. He has made the company what it is today. On behalf of all the members of the Boards of Directors of Cogeco Inc. and Cogeco Communications Inc., I congratulate Louis on this exceptional honour bestowed on him today" concluded James C. Cherry, Lead Director of Cogeco's Boards.

Mr. Audet's strong philanthropic commitment to society as well as his leadership contribute to building a better and more inclusive world. Over the years, he has been recognized on several occasions by the business and philanthropic communities for his significant contributions. In this capacity, he was appointed to the Order of Canada in 2013. More recently, he was awarded the title of Grand bâtisseur de l'économie du Québec (Great Builder of the Québec Economy) by the Institute for Governance (IGOPP). In 2018, he was selected by the United Nations Association in Canada (UNA-Canada) as the recipient of that year's Global Citizen Award. Also in 2018, he received two honorary doctorates, awarded by Université de Montréal and Université du Québec à Trois-Rivières. He was also inducted into the Club des entrepreneurs of the Conseil du patronat du Québec. He is a recipient of the Ordre du mérite from the Association des diplômés de l'Université de Montréal, as well as the Prix Mérite from the Association des Diplômés de l'École Polytechnique.

Rooted in the communities it serves, Cogeco Inc. (TSX: CGO) is a growing competitive force in the North American telecommunications and media sectors with a legacy of 65 years. Through its business units Cogeco Connexion and Breezeline (formerly Atlantic Broadband), Cogeco provides Internet, video and phone services to 1.6 million residential and business customers in Quebec and Ontario in Canada as well as in twelve states in the United States. Through Cogeco Media, it owns and operates 21 radio stations primarily in the province of Québec as well as a news agency. To learn more about Cogeco's growth strategy and its commitment to support its communities, promote inclusive growth and fight climate change, please visit us online at corpo.cogeco.com.