BURLINGTON, ON, July 21, 2021 /CNW Telbec/ - Since the beginning of 2021, Cogeco Connexion, a subsidiary of Cogeco Communication inc. (TSX:CCA), has announced network expansion investments totaling $13.5M to make its world-class broadband network services available to over 8,100 Ontario homes and businesses in underserved areas of the province. Additional projects will soon be announced as part of Cogeco's ongoing four-year commitment to invest over $1B in the operation and expansion of its advanced Canadian broadband network to reduce the digital divide. 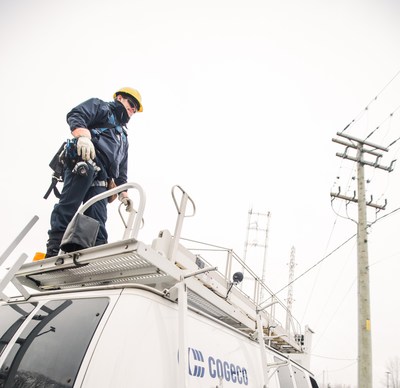 These investments in digital infrastructure contribute to the Government of Canada's objective of providing access to high-speed Internet to all Canadians by 2030 and to Ontario's plan to connect every region to high-speed internet by the end of 2025 in addition to supporting the economic recovery of the regions.

Cogeco commends the Ontario government's recent announcement to invest 4 billion dollars to ensure access to reliable, high-speed Internet services and their procurement approach that will help ensure that no consumer or business will be left behind when it comes to accessing the digital world.

Advanced and affordable broadband connectivity is important to connect families and businesses no matter where they live and to enable economic activity, education and other critical services. "Reducing the digital divide between urban and rural areas in Ontario has always been a priority for us, as demonstrated by these investments in our robust network to meet the growing needs for connectivity in underserved areas. Cogeco's network infrastructure is enabling high-speed broadband internet services with download speeds of up to 1Gbps, bringing speeds typically only seen in major urban centres'', says Matt Wickham, Vice President and General Manager, Ontario Region, Cogeco Connexion.

With the billions of dollars already invested in serving its residential and business clients, Cogeco continues to bolster its leadership position in regional areas and provides strong support to Ontario's regional and rural economic development and efforts to increase competitiveness for affordable cable services. Homes and businesses in the communities where these investments are made will be able to benefit from Cogeco's full range of services, including the most flexible television and high-speed Internet services and unlimited data transfer capacity on most packages.